Cameron is adept in many genres and has optimized his studio to compose for film with an arsenal of sound libraries and synthesizers, in addition to what his fingers coax from strings and keys.

Cameron is adept in many genres. He has equipped his studio to compose for film with an arsenal of sound libraries and synthesizers, in addition to what his fingers coax from strings and keys.

Established in 2014, Serafino Sound Studio produces DAFF to make movies and television shows more accessible to the visually impaired. Descriptive audio allows for visually impaired people to fully experience film, by providing objective narration to describe important visual details that cannot be understood from the film’s soundtrack alone. We have composed over 70 feature length DAFF productions for clients including Hallmark, Lifetime, and SyFy. 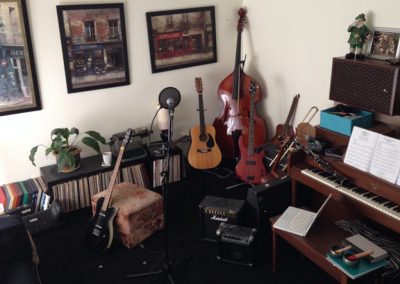 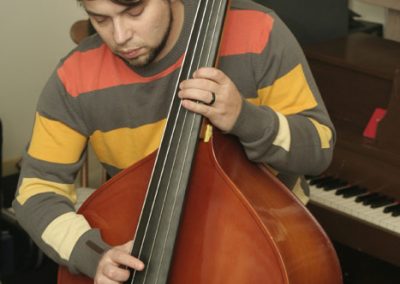 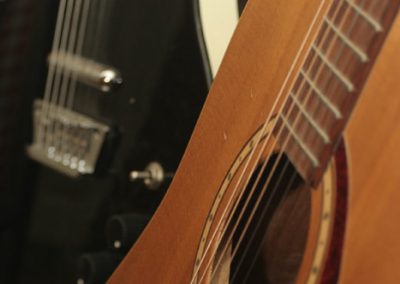 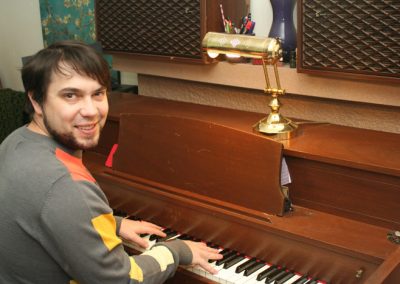 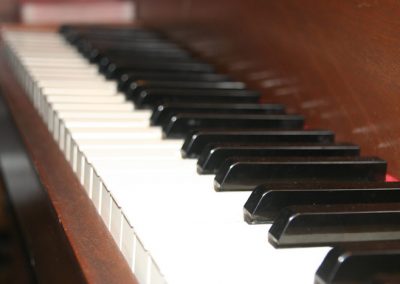 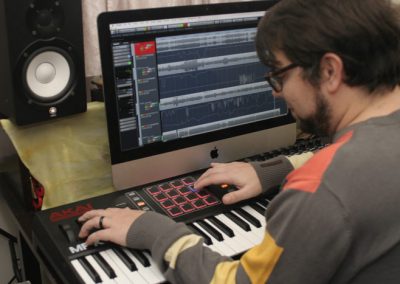 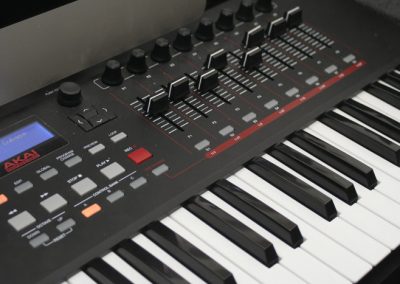 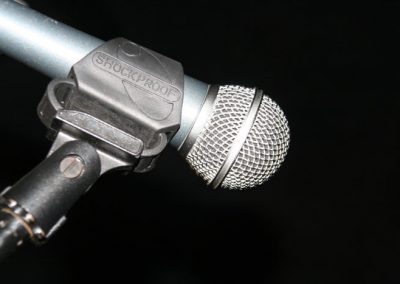 From 2008 – 2011 Cameron was a managing partner in Gladgnome Recording Studio located in Vancouver, BC, Canada. Over this 4 year period he contributed to hundreds of musical works in most genres as producer, recording engineer and/or studio musician. This experience refined his audio editing, microphone technique and production skills.

For almost a decade Cameron sat on the board of directors for Vancouver Pro Musica and served as President from 2014 – 18. Vancouver Pro Musica is an organization that premiers over 50 new works a year by BC composers in addition to hosting workshops and panel discussions for composers. This has provided him many opportunities to have his music performed by many of Vancouver’s best musicians including Nu:BC, cellist Marina Hasselberg, a 14 piece horn ensemble and the 18 piece Mackenzie Jones Big Band. Cameron loves to collect sounds to create stunning soundscapes and electro-acoustic compositions, with many samples including crashing waves, wind, trains, birds, bells and sirens – gathered throughout the world during his regional and international travels.

Cameron is a proficient musician on guitar, bass and keyboards. He has performed and recorded with each on numerous occasions and musical contexts. He also played double bass for many musicals featuring the original scores including Brigadoon, The Music Man and Fiddler on the Roof.

Cameron is a 2008 BA graduate of Simon Fraser University’s Communication program with a minor in Dialogue. In addition, Cameron took in the breadth of music courses the school had to offer including composition, electro-acoustic and conducting studies. He developed an observant, concise and colourful writing style throughout his studies.

Cameron performs on guitar regularly creating soundscapes and music for a variety of Vancouver live comedy shows including the live improvised musical ‘Off Key,’ ‘Sin Peaks,’ and ‘Shakespeare After Dark.’ A perpetual project for Cameron is Complimentary Shadows. It a collaboration with Lucas Mercer where they create long form loops. They improvise a foundation track of 20 – 40 minutes and proceed to overdub on top of the entire thing immediately afterwards on a variety of instruments. 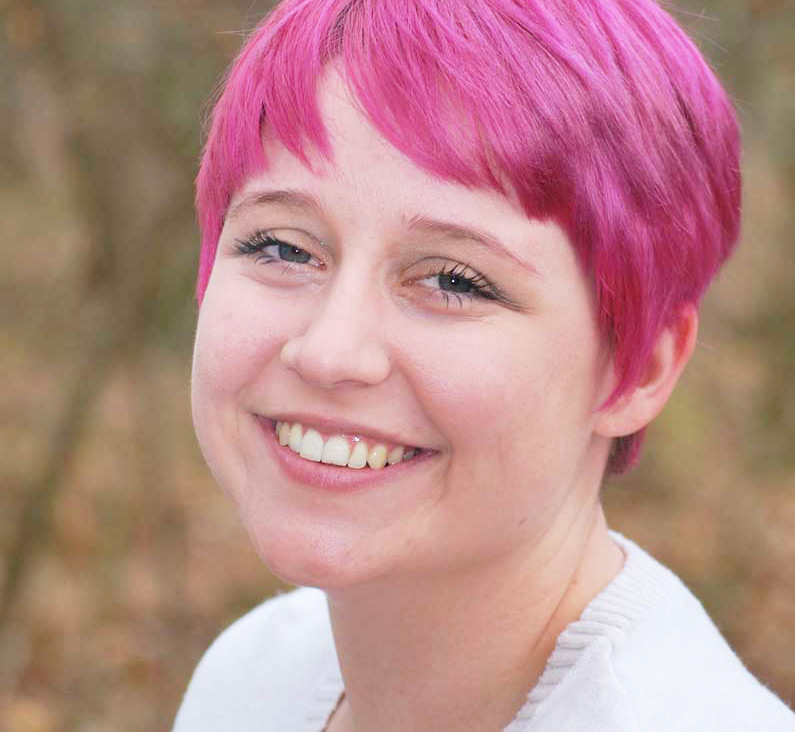 Our process includes consultation with Colleen Connor who provides edits and feedback on our Descriptive Video scripts. She is a visually impaired consumer of descriptive video and hosts audio description workshops. Listen to a podcast of her explaining audio description and its history.

She is a consultant, advocate, speaker, performer, and podcast host at BlindIC.com. She graduated from The Catholic University of America with a Bachelor’s in Music Theatre and Drama, and is certified by The London Dramatic Academy in the UK. Being visually impaired, Colleen brings a unique perspective on life to all that she does and provides a valuable ‘voice of the consumer’ for those training in or creating Audio Description. She has worked on the AD tours of both The International Spy Museum and The George W. Bush Heritage Library and Museum. Most recently, she has been dialect coaching, speaking, and working with Serafino Sound Studios on the editing of AD tracks. 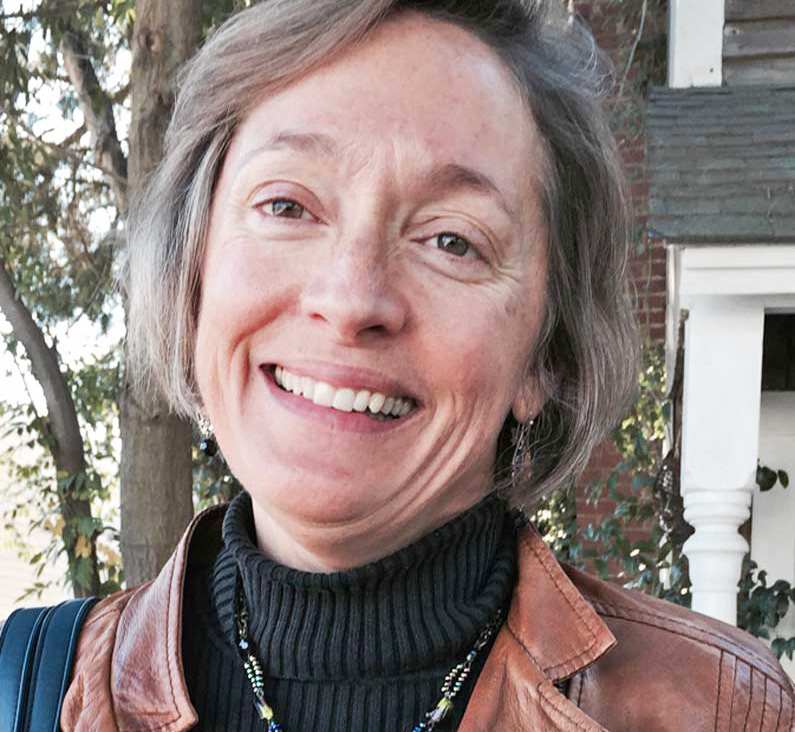 Jan Vulgaropulos is a professional audio describer who has worked for Arts Access for over 10 years, describing live theatre and movies in Raleigh, Durham, Cary, Chapel Hill and Greensboro, North Carolina.  She edits and writes audio description scripts for film for Serafino Sound Studio. She and her partner, Colleen Connor, offer training experiences in audio description through their joint venture, Audio Description Training Retreats.  Jan is a graduate of Tufts University, with a BS degree in Mental Health. She lives with her husband, Spyro, in Cary, North Carolina.

We begin by viewing the project and writing the DAFF script. We use language that is vivid, objective, specific, evocative, memorable, and straight-forward, based on what we see that is not easily perceived through the film’s dialogue or sound. This includes settings, passage of time, visual character features, and context.

The spoken script is recorded using a clear voice, and read at a comfortable pace, using a consistent volume that is easy for viewers to follow and understand.

Once the final audio has been received by our studio, it is synced seamlessly with the DAFF audio track. This involves syncing the recording of the DAFF script, and inserting each line to the appropriate visual cues, without interrupting the film’s flow of dialogue. The DAFF is then reviewed for quality assurance and edited accordingly.

We prefer to receive the locked picture as soon as it becomes available, to prepare the writing and recording process in advance. Standard turnaround time is 10 business days. Please contact us if you would like additional information, rush delivery availability or a quote (Contact Link)